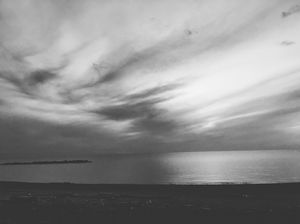 A friend of mine recently experienced the deep darkness of loss, where someone died whom she loved dearly. She was young, the death was unexpected and quick. Tragic.

My friend and I exchanged text messages as we watched the incoming Facebook comments of well-meaning people attempting to make sense of the tragedy. I get it. It's what we do. But I wish we'd do and say less in these moments.

I won't write anymore here. Hopefully the lyrics and the song speak for itself.

Click here to watch the Facebook Live where I sing this song (at roughly the 3:00 timestamp in the video). Keep reading for the lyrics.

[CH1]
I know it’s true there’s not an answer for
Everything in life
So, why do we try so hard to explain it all away

[Bridge]
No, I’m not gonna tell you anything more
I’m just gonna sit here on the living room floor
While you cry your eyes out and chew on your fingernails
‘Cause it’s OK for this to hurt like hell

[End Verse]
I know you loved her almost more than life
And it’s not fair, it’s not fair
It’s OK for this to hurt like hell    [to CH1]